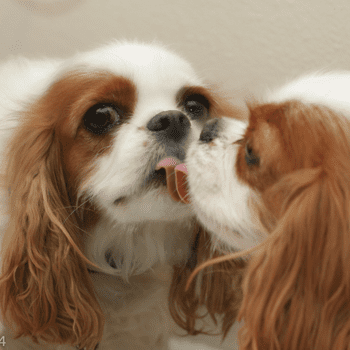 Do you have questions for Cheryl Gilbert?

Log in to ask Cheryl Gilbert questions publicly or anonymously.

On Haze Chances in both Elite and Open, when the dog turns from 5-6...there is not a lot of space for that turn to be "behind" the line.  I have a dog with a fairly big stride and although she was in flow on that turn I can clearly see that at one point all 4 feet were barely on the wrong side of the line while she was turning.  I'm assuming this is an NQ but was not sure since it was in flow clearly in flow.  Curious....

Problem with once a month VT course posting...

I'm wondering if there could be some leeway on the date that retiring VT courses could be run now that they are only being posted once a month.

I usually go out once a week on Saturday mornings to train and run VT.  My trainer doesn't have access to print courses so normally I will print courses the week before and bring the next week's courses out with me each weekend.  She mows her field and then sets the courses before I come so our time can be used working instead of having to set courses when I come out.

Especially with summer, it's really important that we start early to avoid the heat.  In the summer we start at 6 or 7am.  Now, with new courses only being released on the first, I was not able to bring courses out for next weekend.

I'm wondering if there could be some sort of leeway of a week or so where the old or new courses would be good.  That would solve the issue for us.  I can try printing and snail mailing them to her but again...if the new courses are not up until the end of the week we will have to use the coolest part of the morning building courses.  I'm hoping there can be some sort of allowance possible to make the logistics easier.   Thanks so much.  Cheryl, Emmy, Allie and Bella.

Quick rules question. If a dog goes past the last hoop on a course but is called back without doing the hoop incorrectly and then correctly completes the last hoop…is that ok or is that an NQ.

Is the number 3 barrel in Walter Novice Barrelers a 360 (ie circle all the way around the barrel) or just a pass by on either side? I'm thinking a full circle but not sure. Thanks!

What are the limits for elite points for a dog in pre elite for championships?  Bella is close to maxing out her open jumpers points but has a long way on open regular and doesn’t yet have, nor is she even close to getting a Q in novice chances.  I’d like to try elite jumpers with her when she reaches 100 points in open jumpers but I don’t want to knock her out of doing pre elite at champs.  Thanks in advance!

Cheryl with Emmy, Allie and Bella