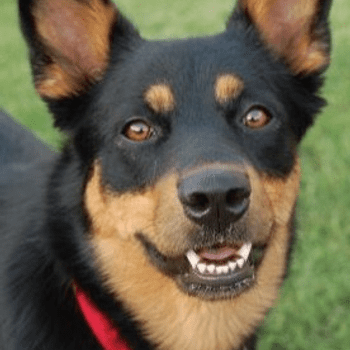 Do you have questions for Ric Bonner?

Log in to ask Ric Bonner questions publicly or anonymously.

Now that NADAC is on the backside of 2021 Champs, will NADAC be updating the site with the latest results soon?

The points lookup page is showing "August 14thth" as the "points uploaded to" date which is over 2 months ago (and it seems to have developed a lisp).  I am also curious about the Hall Of Fame pages getting refreshed with current data, those seem quite a few months out of date.

When can we expect NADAC to get back in the groove of regular data updates?

Liked by Lynn Reece Broderick and 1 other

10 years of NADAC for me

This month is my 10 year anniversary of competing in NADAC.  The first NADAC Q I earned was in Calera in September of 2011 - Novice Jumpers.  There was a couple trials with no Q's before that, but it doesn't really matter.  After 10 years, what can I say?  Why have I stayed so long?

I've stayed because, well, I enjoy it.  My dogs get a tremendous amount of value from it.  But I could have found other ways to do it.  Why NADAC?  Because of the people.  The people I've met, the friends I've made have become a wonderful part of my life.

I really like being around other people that care about their dogs, people that support and develop their dogs.  But more than that, I like being around people that care and support everybody's dogs.  Yeah we're competing against each other (sort of) - but my bottom line is I want to see every dog find success.  And I want to be around other people who want to see and then celebrate every dog's success.  People that also recognize success can be defined in many different ways and be measured with sometimes the tiniest of increments.

So, I've stuck around mostly because of the quality of the people I get to meet and compete with and train with.  And I do find joy in seeing and meeting and making friends with so many amazing pups.  After 10 years, I say - thank you, everyone, for being so supportive and kind.

Run fast, run free, and if there is an obstacle in your way, remember that just means you're on course.

Liked by Karen McLeod and 35 others